VanDyke Back On The Ballot 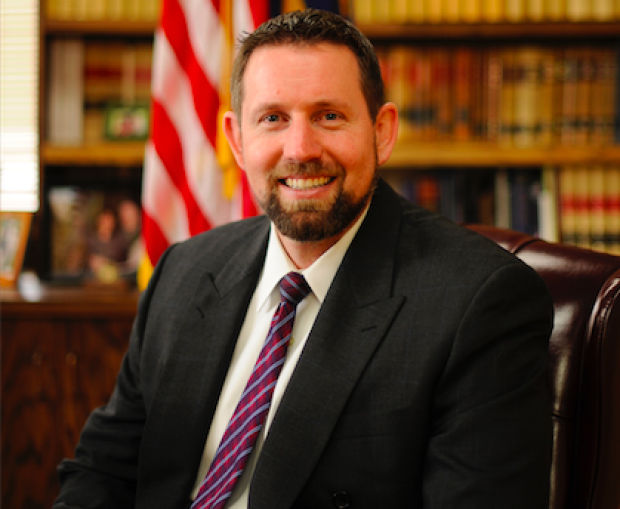 After months of delays, political maneuvering, and shameless partisan tactics masquerading as court proceedings, it’s finally “Game-on” in the race for the Montana Supreme Court. Back in May we told you about a lawsuit, filed by four delegates to the 1972 Montana Constitutional Convention, to have Lawrence VanDyke, a candidate for the Montana Supreme Court, removed from the ballot.

VanDyke was running against Supreme Court Justice Mike Wheat, a former Democrat Senator from Bozeman. All four of the plaintiffs were Democrats, as was Judge Mike Menahan. Are you starting to see a pattern? Judge Menahan agreed with the plaintiffs and removed VanDyke from the ballot on a technicality. The Constitution says that a candidate for the Supreme Court must have been admitted to the practice of law in Montana for five years, prior to the November election. The debate was over the definition of “admitted.”

VanDyke was admitted to the Bar in 2005, then went on inactive status while he practiced out of state from 2006 to 2013. He went back on active status in 2013 when he became Montana’s Solicitor General. The purpose of the eligibility requirement is to make sure that a candidate has enough experience to be an effective Justice. While out of state VanDyke, a Montana native and graduate of Harvard Law School, practiced appellate law in Washington D.C. and Dallas, Texas. He argued that he actually has far more appellate experience than most of the Justices currently serving on the Supreme Court. He also argued that he was admitted to the practice of law in Montana in 2005 and was never unadmitted, he just went on inactive status. Going active was simply a matter of paying some Bar Association dues and filing some paperwork.

Judge Menahan rejected that argument and in doing so effectively set himself up as a Kingmaker. Since this is a non-partisan race there was no way to replace VanDyke on the ballot, so Menahan in effect unilaterally appointed Mike Wheat to the Supreme Court. VanDyke appealed the decision to the Montana Supreme Court, where party politics once again became an issue. Chief Justice Mike McGrath, a former Democrat Attorney General, was forced to recuse himself because he had donated money to Mike Wheat’s campaign. Wheat also had to recuse himself for an obvious conflict of interest.

An expedited hearing was held, which strangely took almost two months to decide, but this week the Supreme Court announced that VanDyke was back on the ballot. Liberals across the state went crazy and left-leaning political commentators said they were shocked. In the end Justice Beth Baker, writing for the majority, wrote that although VanDyke was on inactive status, his admission was never conditional. He was never terminated, suspended, or subjected to any form of probation or other disciplinary action at any time. She said, in short, that although he was inactive he was never unadmitted and therefore met the eligibility requirements.

VanDyke, for his part, said that he was glad to be back on the ballot, but has a big deficit to make up in terms of fundraising. At last count, VanDyke’s cash on hand was $4,400 to Mike Wheat’s $68,000. VanDyke said that his fundraising hit a brick wall when Judge Menahan declared him ineligible, but he is ready to work hard and make up for lost time.