The Truth Puts On Its Shoes 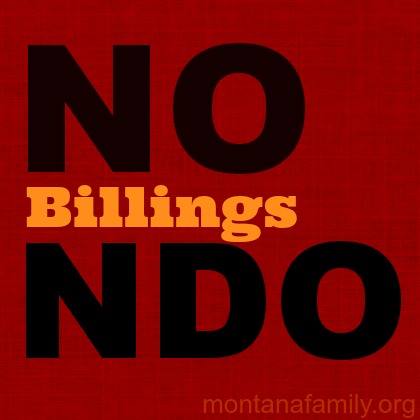 With Christians facing fines, the loss of their businesses, possible jail time, and being sentenced to re-education programs, you might be thinking we are talking about Iran, North Korea, or China, but think again. It’s happening right here in the United States and the victims are regular citizens just like you and me.

It all began with the introduction of laws protecting homosexuals, bisexuals, and transgenders (the LGBT community) from perceived discrimination. These definitions have been added to human rights laws in roughly 18 states and the results have been devastating. To protect the politically correct, new-found rights of one small group, more and more states are trampling the Constitutional guarantees of free speech, religious expression, and free association for the vast majority.

For 15 years we have fought these efforts in the Montana Legislature, and for 15 years we have won. Primarily for two reasons. The Legislature has never found enough evidence of discrimination in this area to warrant making up an entirely new protected class, and they’re worried about the real possibility of unintended consequences. Both concerns have now proven to be legitimate.

So called Non-Discrimination Ordinances (NDOs) have now passed in four Montana cities, mimicking at the municipal level what proponents hope to happen at the state level. Since their inception beginning four years ago, not one of them has been used, not even once. This proves that this type of discrimination does not exist at a level to warrant passing legislation which would grant special rights to the Lesbian, Gay, Bisexual and Transgender (LGBT) community.   What does exist in the states that have passed these Non-Discrimination laws at the state level is the targeting of Christians and other religious groups who find the homosexual/LGBT lifestyle morally objectionable. These are the people now facing fines, possible jail time, and in the case of a Colorado bakery owner, a sentence of mandatory sensitivity training. They used to call that “re-education”: an effort by the state to force its citizens to adopt the state’s view of an issue, even if it violates the person’s religious beliefs.

Thankfully the tide may be turning. No one wants discrimination in any form, but there has to be some balance, and allowing Christians to be targeted for their beliefs is both discriminatory and is raising alarm bells with an increasing number of public officials. It is also changing the perception of private individuals, as evidenced by a poll that we recently commissioned. With Billings as the next stop on the “NDO-express” and a vote scheduled for August 11th, the Montana Family Foundation asked likely voters in Billings what they thought of the proposed NDO. By a 16% margin, they said that it should be killed. That’s great news given the fact that it will probably face a recall vote if it’s passed.

Another interesting finding was the fact that 88% of likely voters are either “very” or “somewhat familiar” with the issue. Given that extraordinary level of awareness coupled with a low number of “undecided,” it appears the concrete has already begun to set. We even tested numerous arguments from both sides and there was very little change in the numbers. This means people are aware of the issue, they understand the issue, and they’ve made up their minds. This is very good news for our side.

As Mark Twain once said, “A lie gets half-way around the world before the truth has a chance to get its shoes on.” Non-Discrimination Ordinances were passed in four Montana cities as a knee-jerk reaction to perceived discrimination. Now, the truth is catching up and not a moment too soon.