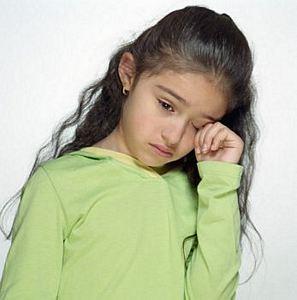 The Montana High School Association wanted to implement a policy allowing young men who think they’re women to play on high school girls’ athletic teams. Fortunately, thanks to the hard work of Montana families, the original transgender athletic policy went down in flames.  But supporters don’t want to let it die. They’ve brought it back as a proposed policy revision from the Montana School Boards Association. The School Boards Association is different from the High School Association in that it covers every level of public education from K-12.

Please consider making a donation to help us fight this policy.

Having the policy come from the School Boards Association actually makes the situation worse. Now, instead of just high school girls dealing with men trying to play on their teams, we’ll have this behavior going on starting in elementary school.

When we allow males to use the female locker rooms, we’re depriving young women and girls of their fundamental right to privacy. This policy is a top-down mandate that makes victims of our female students.  Worse, we’re enduring that assault on our children’s rights for no good reason. During the debate over this policy when the MHSA was proposing it, they admitted that they have not had one single student bring this problem up in the real world. It was a solution in search of a problem then, just as it is now.

Every child deserves to participate in extra-curricular activities. They’re a great way for kids to learn and grow. But we have to let common sense govern. If we go this far toward wanting to accommodate students whose “gender identity doesn’t match the sex,” we’ll end up depriving other boys and girls.

There’s good news, though.  Earlier this week the Laurel School Board voted 4-1 to reject this transgender policy. With opponents from the community voicing strong discontent, the board members chose to preserve the simple, historical distinction between male and female that the human race has lived with since the dawn of time.  Unfortunately, the Great Falls school district chose to pass it.

It’s time to call your local school board and ask them if they’re considering adding sexual identity language to their policies.

It’s satisfying and refreshing when common sense prevails, but this is just the beginning. Montana has more than 500 school districts, and only a few have taken up this policy so far.  We can’t afford to rest on our laurels. When we win a victory, it’s only the beginning of the next battle. When Montana families change our constitution to make marriage between a man and a woman, the forces of the secular culture take the battle to federal court.

Your financial support helps keep the Montana Family Foundation hard at work for your values.

When we defeated the transgender athletic policy from the Montana High School Association, the proponents brought it back from the Montana School Boards Association.  When we stopped Non-Discrimination Ordinances in Billings and Dillon, the proponents brought them back at the state legislature.  If we want to keep Montana a safe place to bring up children, we have to keep working. It was the Montana families who come to the Legislature and testified that kept us safe from a statewide NDO – and it’s the brave advocates who testify at school board meetings who will keep a transgender activity policy from passing.

If you’d like to be a part of the work to keep Montana’s schools a safe place for all boys and girls, I hope you’ll visit our website at www.montanafamily.org. There’s a link there to make a donation.  With your help, we can make sure that Montana remains a place where families can raise their children, students can learn without having their privacy violated, and all of us can exercise a little common sense.