Here is the Press Release from Family Policy Alliance –

Laurel, MT – Another big win at the U.S. Supreme Court.

In 2012, then California Attorney General Kamala Harris began forcing non-profits to disclose their top donors. The Thomas Moore Law Center and Americans For Prosperity both filed suit to block the disclosure requirement. The Montana Family Foundation filed an amicus brief in the case, joined by 23 other like-minded organizations.

Today, in a 6-3 decision, the U.S Supreme Court Struck down the California law and declared it facially unconstitutional. The decision will protect donor privacy and block the enforcement of similar laws in other states.

Montana Family Foundation President, Jeff Laszloffy said “With this decision, every American is now free to participate and support those causes they believe in without the threat of harassment or interference from the Government.”

With ever-increasing threats from the “cancel culture”, donor security is even more important now than it was in 2012. We applaud the decision, and are pleased to have played a small role in the outcome. 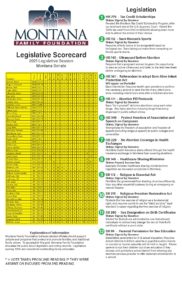 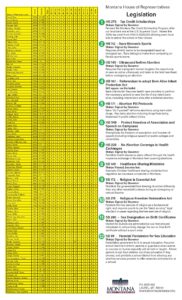 Who is Jeff Laszloffy Voting For?

Who Jeff is voting for: