Don’t Call Me a Boy 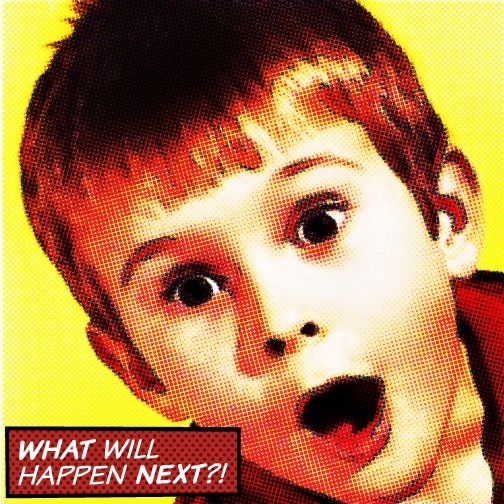 During a recent trip to Boston, I stood before the graves of people like Paul Revere and Sam Adams, wondering what they would think of the country they worked so hard to create.  I returned to Montana just in time for a five-day news cycle that included the de facto legalization of same-sex marriage in even more states, and an article that said teachers in Nebraska are being told to remove all references to gender from their classrooms.  That’s right – it’s now politically incorrect to call a boy a boy and a girl a girl.  In fact, it’s offensive.  Teachers have been told to reference boy and girl as the b-word and the g-word.  And to share examples with their students of times when they’ve used gender-specific language and how they could do it better next time.  This is social engineering on steroids and it reminds me of a song from the 80’s that said “stop the world, I wanna get off.  This is too weird for me”.  I find myself wondering who we are and what we’ve done with our own country.  These politically correct, crazy philosophies used to be confined to the nation’s largest cities.  Now they are in places like Lincoln, Nebraska and soon – they will be right here in Montana.

Marriage is another issue that points to a clear and distinct breakdown of the rule of law.  Prior to the court’s involvement, 36 states enshrined natural marriage in their states constitutions.  They did it to fend off attacks from liberal judges.  In some cases, these marriage amendments were passed by popular votes of the people by 70% – 80%.  Now, 10 years later, the number of states has almost completely reversed, with 30 states having legalized same-sex marriage.  The problem is that it was done by judicial fiat – contrary to the overwhelming desire of the people to keep natural marriage the law of the land.  The left says that attitudes are changing, but the reality is that only three states have endorsed same-sex marriage at the ballot box, and together they only represent 4.5% of the U.S. population.  Cicero once said that “time obliterates the fictions of opinion and confirms the decisions of nature”.  We are seeing that now with a dramatic shift in public opinion.  In the past few months, support for same-sex marriage has dropped nationwide by 5% according to Pew Research.  People know inherently that marriage usually involves kids, and that kids need both a mom and a dad.  They should not be a part of a grand social experiment.  For the American experiment in self-government to succeed, the will of the majority of people must be allowed to govern, either through elected officials or by direct vote.  It should not be usurped by a small band of unelected judges acting as a super legislature to award, by judicial decree, that which is not achievable by political consensus.

It’s time for us to step up to the plate, set aside our excuses, and re-engage.  If we choose to sit on the sidelines during this election, then we will get the government that we deserve.  The founders placed our destiny in our own hands.  What we do with that is up to us and us alone.