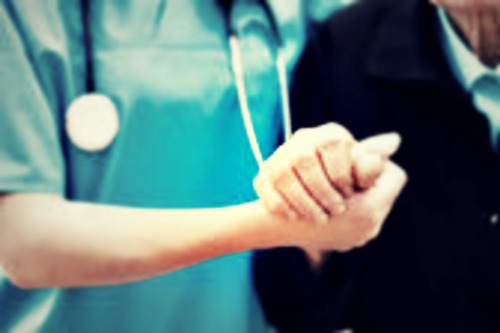 Arthur Koestler once said “When a chess player looks at the board, he does not see a static mosaic, a ‘still life’, but a magnetic field of forces, charged with energy”.  I would argue that the same holds true for politics.  In some ways, it’s a game of chess played out over decades or centuries – it’s a dynamic battlefield and the goal of the players is to embed their worldviews in law for the benefit of future generations.  The challenge is that many times the competing worldviews are dynamically opposed which adds to the tension and the drama.  Such will be the case today when the House and Senate will hear two bills, one to legalize assisted suicide – the other to make it illegal.

Currently, assisted suicide is legal in only three states and forces are hard at work to make Montana the fourth.  As we debate the issue, it’s important to remember that perspective is critical.  In essence, you need an overhead view rather than looking through the chess pieces on the side of the board.  It’s also important to remember that those pushing the issue at the national level are thinking five or six moves ahead while many at today’s hearing will see the issue as a ‘static mosaic’.

It began with Compassion and Choices (previously known as the Hemlock Society) initiating a lawsuit that eventually became known as Baxter v. Montana.  The question before the court was whether patients had a constitutional right to end their lives with the help of a doctor.  Currently, assisting in a suicide is defined as homicide in Montana.  The lower court found a constitutional right to die, but when the case was appealed to the Supreme Court, the final decision was somewhat ambiguous.  They did not find a constitutional right to die and in fact it didn’t legalize assisted suicide.  The court only went so far to say that if a doctor assisted in a suicide and was subsequently charged with homicide, they might in a very narrow set of circumstances be able to claim the consent of the victim as a defense.

Compassion and Choice had claimed a resounding victory and immediately took to the airways claiming that assisted suicide was now legal.  Fortunately the medical community saw the decision for what it really was and refused to participate because they didn’t want to risk being charged with murder.  Not to mention that physicians don’t want to participate – even if it is legal.  In Oregon, where assisted suicide is legal, 99% of physicians refuse to be involved.  It’s because people become doctors to cure patients, not kill them.

In previous hearings, those in favor of suicide told of family members who have suffered in the final stages of life, while physicians opposed to the bill said that the law allows for pain to be managed so aggressively that patients should never have to suffer.  While both of those arguments are important, we need to go back to the overhead view of the chess board to understand how this plays out over the long term.  Fortunately, we have countries who are much further down this road then we are and we can learn from their experience.  In testimony before the U.S. Congress, Doctor Herbert Hendin explained how the Netherlands legalized assisted suicide over 20 years ago – then steadily moved from assisted suicide to euthanasia, from euthanasia for the terminally ill, to euthanasia for the chronically ill, from euthanasia for physical illness to euthanasia for psychological distress, then from voluntarily euthanasia to involuntarily euthanasia.  Those who play political chess can see the end game and this is one game we should never start.