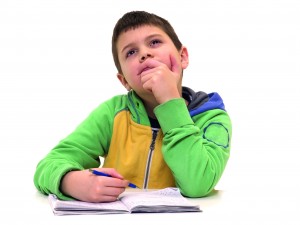 Do you want the same people who got us 18 trillion in debt teaching your child math?

Maybe you’ve heard of the “Common core standards”.  They take control of what our local schoolchildren learn, and give it to the federal government.  Many Montana families don’t like that idea very much.  When control lies with our local school boards, then Montana parents and families can have input.  When control lies in Washington D.C., who knows whether our voices will ever be heard.

Common core standards determine in Washington, D.C., what constitutes a good education. They impose experimental teaching methods from on high, and the bizarre common core compliant test questions have left parents and students scratching their heads.  But apparently the establishment in Washington D.C. isn’t satisfied with just imposing their standards, their methods and their test questions. Common core also requires a massive, NSA-like data-gathering effort that sweeps up private, personal information about students and files it away for later use.

It’s no wonder a movement of parents and students has risen up to reject the common core standards. Now, that movement is achieving real results at the Montana legislature. Two bills are moving forward that will ban common core in Montana, and yesterday they won an important victory.  House Bill 377 passed the House Appropriations Committee yesterday. It’s a great bill that would prohibit the adoption of common core standards in Montana. But that’s only the beginning. It would ban Montana education officials from joining any associations that would cause us to give up local control of our schools, it would require that all meetings about the adoption of any education standards be open to the public, and it would establish a citizen review board that would have to sign off before any new standards can be adopted.

A second bill, House Bill 501, would put a stop to Common Core’s invasive data collection practices. It would protect our children’s privacy, and make sure that parents have a say before their children’s data is gathered, sold, or otherwise used.

But those ideals are a far cry from how the common core standards have actually turned out. Under the common core standards, some teachers have been replacing the idea of “math problems” and replacing it with “math situations.” One famous Common Core math situation asks the following question: “Felix made eight birthday invitations with hearts. How many invitations had hearts?”

High standards and real world proficiency is good. But when you put Washington, D.C. in charge of that, instead of local school boards, disaster ensues. Fortunately, in passing House Bills 377 and 501, the House Appropriations Committee took steps to make sure we keep local control of our schools.  Now, these good bills must pass a third and final reading in the House of Representatives, and then move on to the Montana Senate.

The education establishment isn’t happy that parents are taking a stand against the Common core standards. We expect them to oppose these bills every step of the way. This is another chance for Montana families and parents to give their input. Visit montanafamily.org and let your legislators know that you support HB 377 and HB 501 because what we need is common sense, not Common Core.